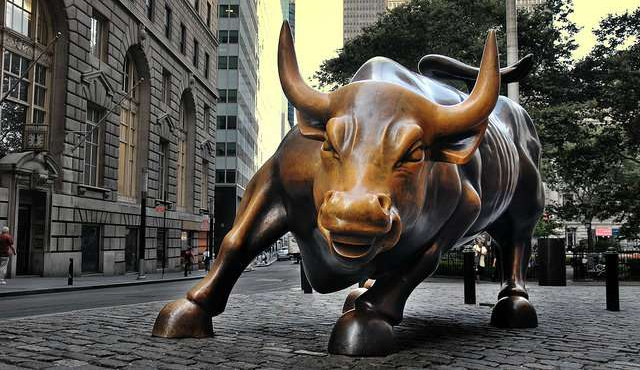 While stocks moved lower on Dec 30, the last trading day of 2016, all 3 indices – the Dow, S&P 500 and NASDAQ closed with gains. In addition, U.S. equity markets have come a long way from their worst-ever start to a new year.

The Dow Just Had Its Best Year Since 2013

S&P Rallies, Demonstrating Investor Optimism in Small Cap, Domestic U.S. Companies The Standard & Poor 500, which is filled with the largest companies in America, closed with a gain of 9.4%, despite a 0.55% drop to 2,239.25 on the final trading day of the year. Despite its worst start to a year ever in January 2016 with a 6% drop and sinking as low as 10.5% in mid-October, the S&P 500 stock market bounced back with solid gains that increased in momentum after Donald Trump was elected President on Nov. 8. The biggest winner among the stocks was the small cap Russell 2000 stock index, which gained 19.5% to close out the year at 1357.13. For the S&P 500 sectors, energy was the top gainer at 23.4%, followed by financials at 19.1% and telecommunications services at 17.1%. Both health care and real estate fell by 4.2% and 1% respectively.

Despite drop on the last day, NASDAQ Finishes with 7.5%

Despite a drop in stock value on the last day of the year, the NASDAQ finished the year with a gain of 7.5%. For the NASDAQ, Information technology stocks such as Apple (AAPL), Microsoft (MSFT) and Intel (INTC) dipped while Goldman Sachs (GS) led the Dow increase by 0.4%. While U.S. stock indexes had a lower last trading day of 2016, they enjoyed a great year overall.

The new President-elect Donald Trump’s emphasis on “America First” with plans to cut corporate taxes, reduce business regulations and rebuild American infrastructure, has driven investment in small cap and domestic companies. These companies also tend to do less business abroad, lowering their risk in the likelihood of global trade wars that might occur after Trump policies are enacted that prioritize American interests and possibly impede free trade across borders.

Fiscal stimulus based on the White House win by Donald Trump is based on primarily 3 factors:

* Markets aim to avoid large dives. After the big dip in the S&P 500 of 10.5%, the markets have avoided bear markets or a plunge of 20% or higher despite scary predictions by global strategists and the complete sale of stocks by Royal Bank of Scotland (RBS).

* The Feds do not push out anticipated rate hikes. All year investors anticipated Fed rate hikes. However, with large market uncertainty due to international conflicts and turbulence as well as the Brexit vote, the Feds decided to wait on hiking rates. The remarkable patience exhibited by the Feds as well as continuing to offer low borrowing costs helped both the economy and stock market to recover and continue forward with momentum.

* Profits rise and the economy bounces back. While the U.S. economy slowed its GDP growth to a 0.8% rate in the first quarter of 2016, growth picked up in the third quarter to 3.5%. When S&P 500 company profits grew 4.3%, the fourth quarter led with a negative earnings growth (Source: Thomson Reuters). With both the GDP and corporate profits showing sizable rebounds, fears of an economic recession declined and investor optimism surged.

* Investors do not give in to Black Swan events. Despite Britain’s unexpected Brexit vote and fears of a market crisis, investors did not lose faith in markets. Even with Trump’s overnight win on election night that resulted in an immediate plunge in the Dow by almost 1,000 points, the Dow quickly rallied back nearly 8%. Initial fears were quelled and replaced by optimism after more careful analysis.

* Business-oriented Trump becomes President-elect. Since the businessman’s surprise White House win, the stock market has rallied sharply based on the belief that Trump’s policies will benefit the economy and corporate profits. This “Trump Rally” has also led to the highest consumer confidence in 13 years this past December 2016

Looking Ahead: 2017 Predictions for an Uncertain Year

While equity markets show trends for active growth in 2017, growth in the new year remains uncertain. Some fear a bear market if policymakers fail to deliver growth and Trump’s protectionist stance leads to higher inflation and unemployment with insufficient and stagnant demand. Others make the case for a bull market with faith in Trump’s tax reform policies, cut in regulation and fiscal stimulus through infrastructure spending.

With an accelerating U.S. economy that is expected to grow by 2.5 percent, a Republican President and Congress and earnings growth, some analysts predict that Trump’s policy changes will go through more smoothly than news cycles have reported. S&P 500 growth is expected to be in the single digits for 2017 with stable valuations. An increase in the 10-year Treasury yield to as high as 3 percent contrasted with normalizing interest rates with a Fed interest rate hike are also expected, according to LPL LLC.

“Being prepared for 2017 is about assessing how financial markets, corporations, policymakers and the broad economy will adapt to a possible mid- to late-cycle growth rebound, a new presidential cycle and a steadier path toward interest rate normalization,” says John Canally, LPL Financial Chief Economic Strategist.

Taking an ecumenical approach to equity income and growth in dividends can be helpful to dividend payers and growers as bond yields start to compete with equities.

For the third quarter 2016, FactSet reported a blended earnings growth rate for the S&P 500 of 2.9%. This is the first time the index has seen year-over-year growth in earnings since the first quarter of 2015.

With the real possibility of a corporate tax cut from 25 to 15% could mean significant growth with over 170 points on the S&P 500. In addition, the Trump administration has proposed $550 billion in infrastructure spending. According to the Wall Street Journal estimates, if a $100 billion in extra spending is pushed through Congress, this will amount to 0.50% of gross domestic product that can trigger growth.

Investors who seek balanced portfolios in dividend-paying stocks are glad to see a trend towards to diversity in equity-income and how more stocks pay dividends. This in turn, offers consistent long-term growth potential with less sensitivity to rate changes from inflation and any political uncertainty. Dividend growth will continue to offer significant returns in 2017.

In terms of U.S. Equities, investors expect to get small, cyclical and active in 2017 with small- and mid-cap stocks poised to outpace mega-caps. While the past three years have been a boon time for large-cap indexes, going small in 2017 is advisable in a slow-growth world.

While the exact fiscal policy of the new Trump administration remains to be seen and enacted, if there is actual productive spending and tax cuts as announced, there will be gains to the U.S. GDP with U.S. equities leading the market. Tech growth tied to dramatic innovation in cloud computing and other areas is also expected to continue unabated.

2017 has the potential for higher yields for good, active managers that thrive in the new market and recognize opportunities within this broadened economic atmosphere. 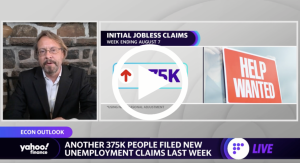